The 9 Essential Roles of Effective Teams 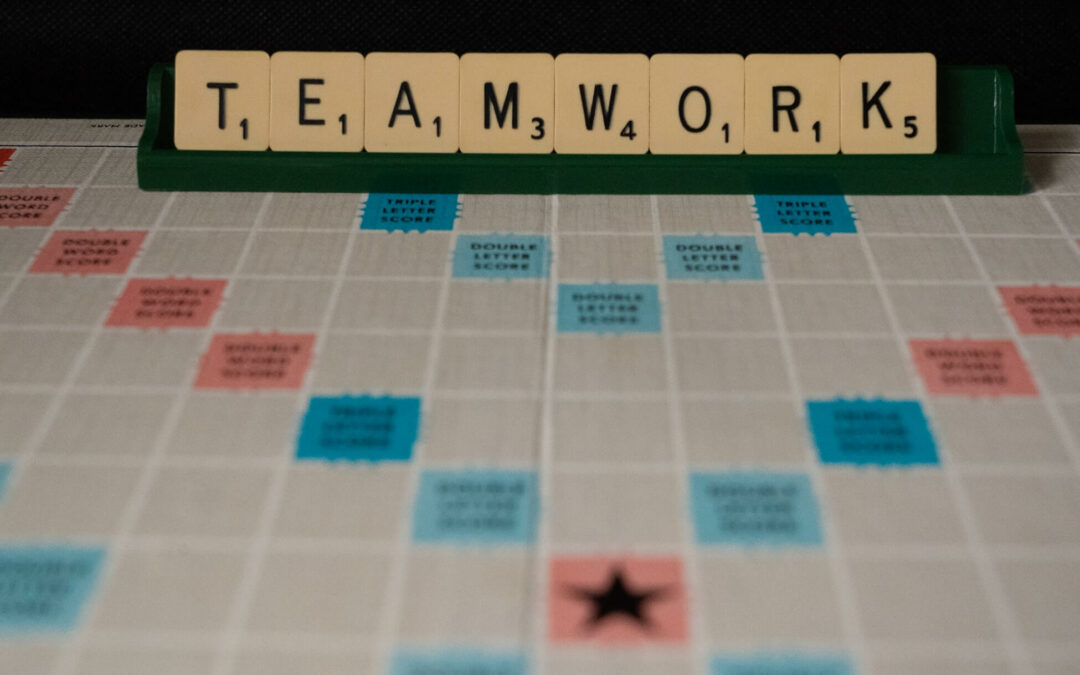 Defining team roles is essential for creating a successful team.

Without roles, there will be confusion and miscommunication among teammates, failure to meet objectives, and budget overspend.

As a team leader, you have to pick up the slack, meaning lots of late nights and difficult conversations with your boss.

Defining team objectives and then assigning team roles based on the strengths and weaknesses of its members is a way to address this problem.

It creates a more balanced team with motivated members who fulfill the roles they most enjoy, leading to team success.

Today, we’re going to take a look at Belbin’s team roles. You’ll learn how to assess individual strengths and weaknesses, what the nine team roles are, and how to use them in practice.

What are team roles?

Dr. Meredith Belbin developed the nine essential team roles framework in 1981. He described a team role as “a tendency to behave, contribute, and interrelate with others in a particular way.”

Through his research, Belbin noted that the strongest teams were those with the greatest diversity of personality types. Between them, they make up for one another’s strengths and weaknesses to create a balanced team.

The nine roles serve as a guide to help leaders design and build strong, successful teams.

Although the framework defines nine key roles, it isn’t necessary to have nine people on a team to fulfill them. In fact, research indicates that smaller teams are more effective.

Team members can assume more than one role to ensure that all nine roles are covered.

The Belbin team role model has become a popular team-building and management tool over the last four decades.

It gives employees an awareness of their strengths, which allows them to focus on the tasks most suited to them while reducing confusion among team members.

It also allows managers and leaders to form teams based on project objectives and their direct reports’ strengths. This enhances employee motivation and performance while improving the effectiveness of teams.

Over the years, the model has received criticism for being overly simplistic or pigeonholing people. However, a 2020 study found that the team role model is still a valid and relevant way to assess team members’ strengths and build an effective unit.

Why are team roles important?

Put simply, understanding team roles can improve team performance. Members of a team need to have clearly defined roles and responsibilities in order to work together effectively.

When you have well-defined team roles, communication and collaboration among team members flow smoothly. It also reduces the risk of errors and duplication.

According to Belbin, each team member must understand their role within the team. This allows them to work according to their strengths and weaknesses and improve their direct contributions.

A leader can use the Belbin model to create more balanced teams. All too often, teams become unbalanced when all the members have similar strengths and weaknesses.

Teams in which members have similar strengths foster competition and infighting. On the other hand, if most of the team has similar weaknesses, the team as a whole will have that same weakness.

What is the Belbin personality test?

Individuals answer a questionnaire based on their own perception of themselves and the roles they prefer to fill within the organization.

They also receive feedback from colleagues through observer assessments, as shown in the image below:

Then they compare the two in a bar graph like the one below:

The results indicate which team roles are most suited to each employee. Some people may be suitable for more than one role.

When this happens, it’s an advantage for leaders who can create teams of fewer than nine while ensuring all essential team roles are covered.

What are the 9 Belbin team roles?

Belbin’s nine team roles do not describe personality, but rather the behavior displayed by the project team members. This is what makes the Belbin test different from a personality test.

The team roles describe the necessary responsibilities for building a successful team.

These roles are divided into three broad categories:

Let’s take a look at each in more detail.

These people are highly organized, think in a structured way, and like to do things in an orderly manner.

They are practical and efficient. The strength of these team members lies in transforming ideas and abstract concepts into concrete action.

They’re good at prioritizing team projects over individual objectives and are willing to change their minds when shown persuasive evidence.

Implementers are vital in any organization as they develop implementation strategies and make sure tasks are completed.

They are trustworthy and committed to achieving team goals in the established timeframe.

The weakness of an implementer is that they can be slow to adapt to changes in their working environment or respond to new opportunities.

Shapers are natural-born leaders. Capable and determined, they work well under pressure and deliver in crisis conditions. Shapers maintain a positive attitude in the face of challenges.

A Shaper thrives in a leadership role and tends to quickly climb the ranks in any organization.

They are dynamic and brave and don’t get demoralized easily. This makes them the perfect motivators and boosters of team dynamics.

Shapers have a naturally extroverted and dominant communication style. At times, they can be provocative, aggressive, or moody while also being easily offended.

However, Shapers are essential team members, as they help the team maintain momentum toward its goal.

These are the perfectionists, which is both their strength and weakness. The most important function of a completer-finisher is ensuring the quality of work.

These are ideal team members for tasks that require perfecting, detailing, refining, and analyzing. If there are any errors, the completer-finisher will find them.

They are more introverted than their other action-oriented counterparts and demand perfection from themselves and their collaborators.

They are careful and conscientious, and they ensure work is completed to the highest possible standard.

However, they may struggle to delegate tasks and have a tendency to worry.

Coordinators are calm, confident, and experienced. They have great interpersonal and communication skills and are good at spotting talent, delegating, and clarifying objectives and strategies.

These individuals also enjoy leadership roles, but their management style is less directive-based and more collaborative and democratic. They encourage open communication with team members and help them achieve individual objectives.

The dark side of coordinators is that they can be manipulative or delegate too much. But, on the other hand, they’re skilled at making the most of each team member’s strengths. This makes them good at working in teams with a variety of personalities and abilities.

Resource investigators are sociable, extroverted, open, and positive. They are diplomatic and flexible but tend to be somewhat dominant and inquisitive.

These are naturally enthusiastic people, but they can easily fall into the trap of being overly optimistic. Resource investigators sometimes lose interest once the initial euphoria subsides.

They love to investigate new opportunities, explore new options, and present their findings to the team. If you excel at making new contacts, finding new clients, networking, and negotiating, then you might be a future resource investigator.

Team workers are versatile and adapt easily to change. They get on well with a variety of personality types and remain unshaken in the face of unexpected changes.

As the name suggests, they are cooperative and always on hand to support a colleague in need. Their keen powers of perception help them prevent problems or disagreements between teammates.

Team workers are diplomatic but tend to avoid confrontation. As a result, they can be indecisive when unpopular decisions have to be made.

These team members also help maintain team cohesion thanks to their friendly, outgoing personalities. Their presence brings harmony to the group, which is why they tend to be popular.

The Monitor-evaluator is your go-to for complex situations that require analytical, strategic, and problem-solving skills.

They tend to be introverted and solitary, preferring not to participate in social meetings with colleagues. This helps them maintain a certain impartiality in their decisions.

Monitor-evaluators are serious and discerning, with strong critical thinking skills. Their analytical minds enable them to evaluate all perspectives and possibilities and arrive at the most logical solution.

They are highly effective decision-makers, which is why they often occupy managerial roles.

Monitor-evaluators may not always be the most inspiring leaders, though. Their rational minds tend to focus on facts, which means they struggle to convey their vision to the team.

A specialist is usually a subject matter expert in their field. They tend to be solitary but are good at taking the initiative, have an entrepreneurial spirit, and are highly committed to their work.

Specialists usually intervene in group work in specific moments when their expertise is required. For this reason, they tend not to integrate themselves with project groups.

The expert knowledge of specialists can be indispensable to any organization, despite their limited scope of work.

They love to share their knowledge with anyone who will listen but might have a tendency to overload people with information.

Plants are outside-the-box thinkers with a huge capacity to generate new ideas and innovative strategies, processes, and ways of working. This makes them excellent at solving problems and tackling complex situations.

They are the driving force behind team growth and progress.

Like the other thought-oriented types, plants work best alone and often struggle to integrate into the team.

They can be easily distracted or forget the details, but despite this, their contribution is invaluable. Their creative minds give birth to novel solutions and pioneering concepts.

How to use the Belbin team roles

Leaders and individuals can better understand their preferences, strengths, and weaknesses using the self-perception inventory.

Most people enjoy two or three roles, can tolerate one or two of them, and avoid the rest.

The graph displays the balance between the employee’s strengths and weaknesses, which facilitates decision-making.

Therefore, it would be better for this person to perform in roles with a better balance between their specific strengths and weaknesses.

In this case, that would be the monitor-evaluator, the specialist, or the coordinator.

How to create a balanced team

When forming a project team, leaders should first think about the objectives, then decide which of the nine roles are required to achieve them.

Once you’ve identified the necessary roles, you can pick your team members based on their strengths and weaknesses.

It’s important to note that all nine roles are not always required, which is why it’s necessary to define your objectives beforehand.

To balance an existing team, carry out the same exercise and switch out your team members accordingly.

Belbin’s nine team roles framework continues to be a useful and relevant tool in business today.

The self-perception test increases your teammates’ self-awareness, allowing them to focus on the areas of growth that are most relevant to their skills and interests.

The framework can help you create a well-rounded team that plays to the strengths of each member and achieves project objectives.

But that’s just the beginning. If you want to elevate your game as a team leader, check out Pareto Labs’ How to Manage People course.