How to Lead by Example: A Guide to Managing Teams 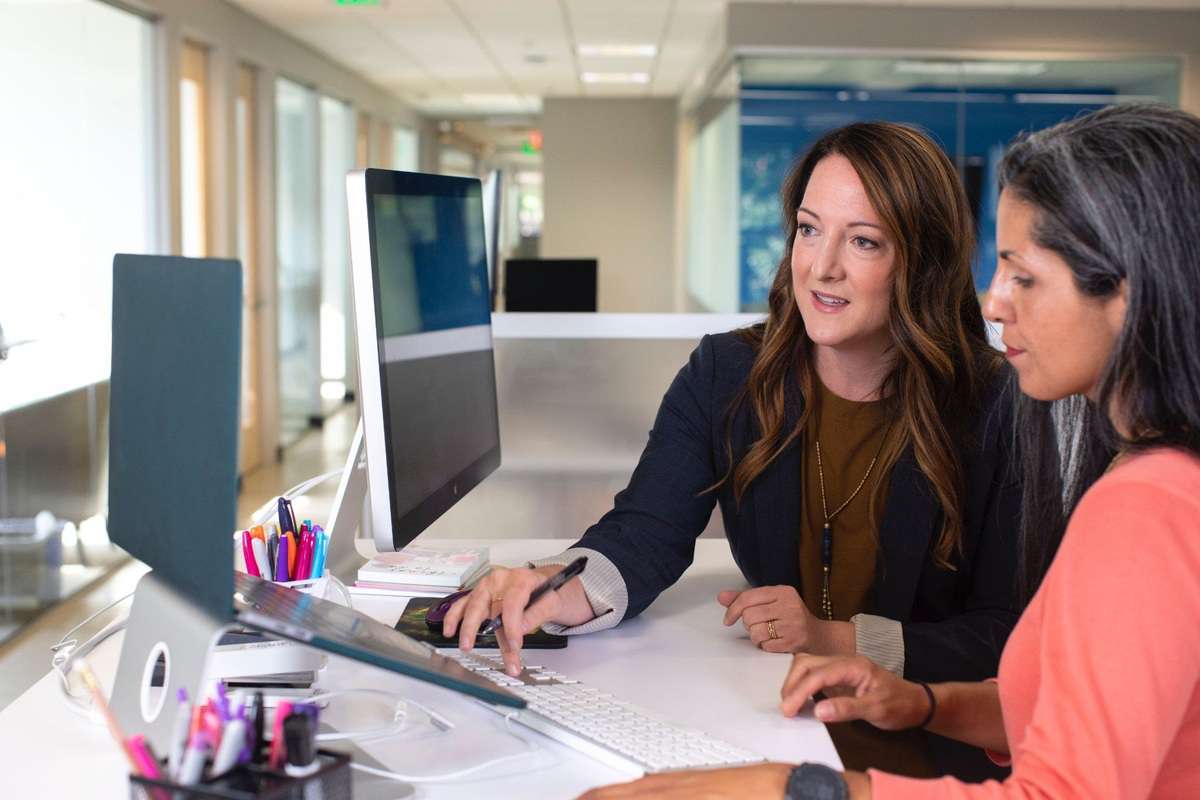 How to Lead by Example: A Guide to Managing Teams

In the past, leaders followed a “do as I say, not as I do” approach to leadership. But if you’ve ever had a boss that lived by this motto, you know how quickly they can lower employee motivation and engagement. By contrast, leaders who lead by example earn the trust and respect of their team […]

In the past, leaders followed a “do as I say, not as I do” approach to leadership. But if you’ve ever had a boss that lived by this motto, you know how quickly they can lower employee motivation and engagement.

By contrast, leaders who lead by example earn the trust and respect of their team and contribute to a positive company culture.

Good leadership in the 21st century is all about having integrity, honesty, and transparency. The best way to achieve that is by leading by example.

What does it mean to lead by example?

Leading by example means modeling the behaviors and attitudes you ask of your employees.

It’s all about walking your talk and being a role model for your team — and it’s part of servant leadership. Servant leadership is a style of leading that prioritizes the happiness and well-being of team members.

Holding a leadership position gives you responsibility, and your employees look to you for guidance. They pay more attention to how you act than what you say.

That’s why leaders who lead by example follow through on their promises and act in coherence with their words. They know it’s important to say what they mean and mean what they say.

Saying one thing and doing another is harmful to your organization because it makes your team lose its trust in you and lowers employee morale. This leads to higher employee turnover and lower productivity.

Why should leaders lead by example?

Some people enjoy the power of being a leader and order their employees around without sticking to their own rules.

Here are three reasons why it’s better to lead by example instead:

1. It sets the tone for employee behavior

Good leaders know that telling people what to do isn’t enough. They need to show them how to behave through their own actions.

For example, let’s say you notice a problem of discrimination within your company culture. As a leader, you need to step up to the plate and call out discriminatory behaviors.

You might also decide to attend a training course on discrimination to understand the subject better and then encourage your employees to do the same. This gives them both the skills and confidence to tackle discrimination in the future.

2. It gives you credibility as a leader

Acting in line with your values and beliefs builds the trust and respect of your team, making you a more credible leader. Saying one thing and then doing another will make you lose credibility.

For example, if you’re asking your team to work overtime but clocking off early every day, it will undermine your credibility. Credible leaders get their hands dirty with their teams and are the last to leave the office.

3. It shows you’re open to feedback and improvement

As a leader, your role is to provide employees with constructive feedback on their work, behavior, and performance.

Leaders who lead by example are able to accept feedback as well as give it and are willing to modify their behavior accordingly.

4 benefits of leading by example

Leading by example is good for business. Here are four ways it can improve your employee experience and increase your organization’s revenues:

Leaders influence company culture through their words and actions. Leading by example can help you create a more positive work environment.

For example, if you want to encourage employees to use more empathy, you should be more empathetic.

Not only does leading by example help you win the trust and respect of your team, but it also helps you gain the trust of your superiors.

It can also influence your employees to trust one another more and create a more cohesive work environment.

According to Gallup’s 2021 State of the Global Workplace report, only 20% of employees worldwide are engaged with their work, down from 22% in 2019.

The actions of team leaders have a significant impact on employee engagement. Leading by example can help address engagement problems by boosting employee morale and keeping team members motivated.

If you want your team to be productive, you need to be a productive leader. Seeing you work hard will inspire your employees to do the same.

Leaders who lead by example

Now that you know the benefits of leading by example, let’s take a look at three real-world examples of strong leaders who do just that.

Reshma Saujani is the founder and CEO of Girls Who Code, an international nonprofit that aims to encourage girls and young women to study computer science and transform the demographics of the programming world.

Reshma was an attorney and activist before running for Congress in 2010. She didn’t win, but during the campaign, she noticed the gender gap in computer science classes in schools.

This catalyzed her to launch Girls Who Code and inspired her TED Talk on teaching girls bravery instead of perfection and her award-winning podcast, “Brave, Not Perfect.”

In launching her nonprofit, she showed her activism was about action, not just words.

Sometimes affectionately referred to as “the Oprah of Appalachia,” the sparkly country singer has a long history of philanthropy. It began with the launch of the Dollywood Foundation in 1988.

The foundation’s original goal was to help children in her home area of Sevier County, Tennessee. In 1995, her project was renamed The Imagination Library, and it began mailing books to children free of charge — first nationally, then internationally. In 2018, it distributed its 100 millionth book.

Dolly’s work has long focused on schools and hospitals, and in 2020 she donated $1 million to COVID-19 vaccine research.

The Greek-born founder of the Huffington Post was a hustler until she collapsed at her desk in 2007 and woke up in a pool of blood.

Although she had already founded the media company, she says it didn’t become successful until she stopped working round-the-clock and started prioritizing her well-being.

After that, she continued to build HuffPost, but with a new focus on work-life balance.

She also founded Thrive Global, a website focused on personal growth and well-being, and she has authored several books. Arianna claims that sleep is her secret weapon, a subject she discusses in detail in her latest book, “The Sleep Revolution.”

How do you lead by example in the workplace? 8 effective strategies

If you’re ready to start leading by example, start implementing these tips and watch your team transform before your eyes:

1. Work alongside your team

Nothing makes a team lose its motivation faster than a boss who hides in their corner office all day and isn’t willing to get involved with their team.

Even if you do have your own office, make sure you spend a lot of time with your employees and have a good understanding of the tasks and challenges of each member.

2. Have a growth mindset

Having a growth mindset is about taking a can-do approach to challenges and viewing them as opportunities to learn and grow. Applying this approach to your work shows your team how to do the same.

Plus, if you expect your employees to attend training courses and be constantly learning and developing, you must be willing to do so, too.

3. Listen to your team

Being a leader isn’t just about dishing out orders to your employees. You must be willing to listen to them in the same way you expect them to listen to you. This shows that you respect them and their work and makes you a more effective leader.

4. Comply with the rules

Most workplaces have rules around the expectations and responsibilities they place on their employees.

As a leader, you’re responsible for following the rules and demonstrating the kind of behavior you expect from your employees. Doing so will make them more likely to comply, too.

Placing trust in your employees can boost their confidence and make them more committed to and engaged with their work.

And, it sets an example of the trust you want them to place in each other and in you.

Make sure that each team member has the training, tools, and resources necessary to perform their work and that roles and responsibilities are clear. Once you’ve done your part, trust that they have what it takes to achieve results with minimum supervision.

6. Take care of yourself

We should all take a leaf out of Arianna Huffington’s book. Taking care of your own needs first helps you to show up better for your company and team.

Prioritizing rest and self-care can improve your mood, help you make better decisions, and foster productivity within you. And modeling this kind of behavior will encourage your team to do the same.

7. Deliver on your promises

When you deliver on your promises, it shows you’re a trustworthy leader who is committed to and cares about your team. And, it demonstrates to your employees the importance of following through when they commit to something.

Plus, if your employees trust you as a leader, they may be more flexible in their work or willing to take on additional responsibilities.

The best way to motivate people is with the carrot, not the stick. This means that rewarding people for good behavior is more motivating than punishing them for bad behavior.

So, be careful what you say and how you say it.

Even if you get frustrated, remain calm and respectful. Avoid raising your voice or being aggressive or manipulative.

When you communicate with kindness and empathy, you encourage your team members to do the same and create a culture of mutual respect and kind communication.

Learning to lead by example is one of the best things you can do to improve your leadership skills. It can help improve company culture and make your organization more productive.

If you need further support with your leadership development, consider enrolling in a training program like Pareto Labs’ High Output Management course.

See All Articles
See Our Courses

This course is coming soon!
Enter your email below and we will notify you when it is ready.